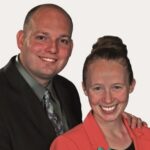 Joseph Landaw is a missionary kid who was raised in the islands of the Caribbean. He knows the culture and loves the island people. After Bible school, Joseph and Cassandra Landaw assisted in a church plant in Fishers, Indiana for four years in various roles, including that of youth pastor. In 2008 they applied for and were granted an AIM assignment to Trinidad and Tobago assisting Joseph’s parents, missionaries Gary and Kristi Landaw. While there, they pastored a church in the southern part of the country and coordinated and taught in the Bible school program. In September 2010, they were appointed intermediate missionaries to Trinidad and Tobago. Their main goals are to establish more churches in the southern part of the country as well as to improve and increase the enrollment in the Bible school. In October, 2012, the Landaws were blessed with the birth of their daughter, Hannah Marie.

As the youngest child of Lee and Becky Sherry, Jonathan Sherry has been an MK and involved in missions all of his life. He has been an associate in missions since January 1996. As such, he has worked extensively in the Bible school in Vanuatu. He stated, “During the 1996-1997 furlough of missionaries Lee and Becky Sherry, I was the acting administrator for the Bible school, responsible for all matters and decisions. I was also in charge of the national church office. I filled these positions again during their 2000- 2001 furlough.” With administrative skills and field-tested ministry, Jonathan Sherry received his appointment as a UPCI missionary to Vanuatu in October 2001. After deputation, he returned to the field in August 2004. 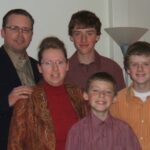 Scott and Liane Grant were married in 1988 after graduating from Apostolic Missionary Institute in Oshawa, Ontario. After assisting in two Ontario churches, they pioneered a church in Welland, a city near Niagara Falls with a significant French population.

Scott and Liane have three sons, Josh (age 17), Jared (age 14) and Jonathan (age 11). Throughout their ministry, the Grants have been actively involved in the Ontario District in worship, home missions, youth and children’s ministries. Five years ago, they launched a weekend Bible College in Welland, training students from various backgrounds. One graduate has since returned to his home country of Zimbabwe, where he has baptized 35 people in Jesus’ name.

Scott visited Montreal often as a child since his father was born there. Scott and Liane have developed their burden for the French ministry by studying with French tutors and translating worship songs and training materials. That burden has culminated in their recent appointment as Metro Missionaries to Montreal.

The team approach that the Grants have employed will be used to maximum effect as they move into the needy field of Montreal. They are going into Quebec with a missionary heart, desiring to both plant churches and train laborers for active ministry